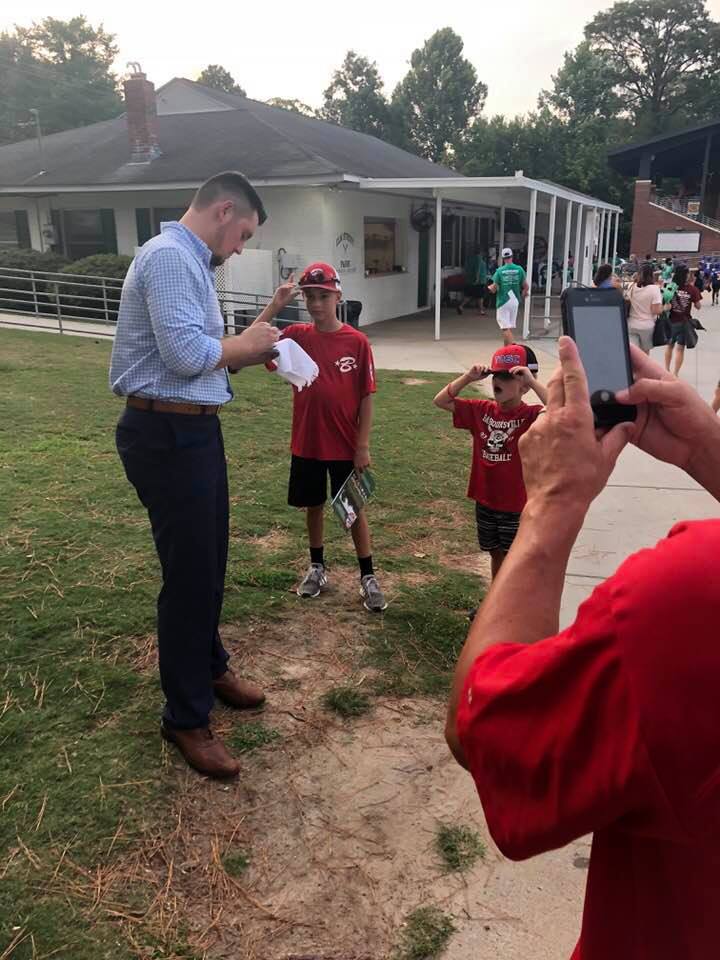 Posted at 17:41h in Uncategorized by Trent Britt
Share

What a great honor for Next Level Training Center Hitting & Infield Instructor Dalton Britt to get to address the huge crowd in attendance at Opening Ceremonies for the 10-11 Year Old Little League Tournament of State Champions at Elm Street Park. And the former JH Rose & Liberty University star did not disappoint…..Dalton, a 2016 MLB Draft pick of the Detroit Tigers, who set numerous program records at Liberty University, and helped lead them to two NCAA Regional appearances, spoke to the 8 state championship teams, their fan bases, and many locals in attendance, about joy, passion & confidence. He even worked in a Fortnite reference or two, haha & signed some autographs afterword. He rocked it! Well done Dalton!