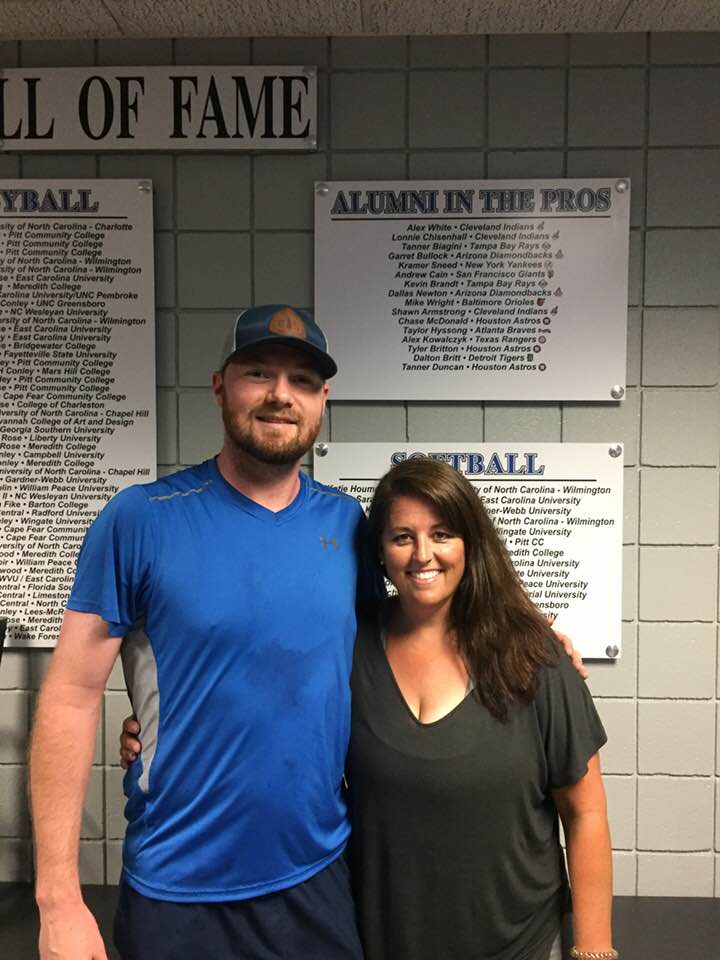 Posted at 07:07h in Uncategorized by Trent Britt
Share

We were really excited to have Major League Baseball veteran Alex White (DH Conley ’06) stop by to work out for a couple of days. Alex, who is rehabbing his elbow & just finished his degree at UNC, played for 3 years at UNC, gathering every award imaginable, including being named ACC Pitcher of the Year in 2008……He was selected in the 1st round of the 2009 MLB draft. He made his Major League debut in 2011, after spending the winter working out, here at Next Level. He became the first Next Level member we had to be drafted and to make the Majors. We have since had 11 other members drafted into professional baseball. So it was really cool to get to spend a couple of days throwing with him & talking a little baseball. Here’s hoping Alex gets to make one more run at it!