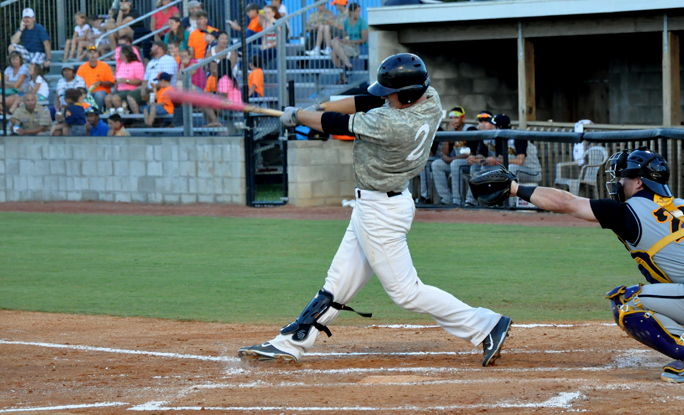 Posted at 09:20h in Uncategorized by Trent Britt
Share

Dalton Britt (JH Rose ’12), currently playing this  summer for the Morehead City Marlins in the Coastal Plains League, has been named the Coastal Plains League Hitter of the Week. Dalton, a shortstop and rising junior at Liberty University, batted .538 with a HR on the week with 6 RBI, 5 runs scored, a stolen base and a ridiculous 1.394 OPS. Dalton is the first Morehead City Marlin to receive the honor this summer.

The Coastal Plains League is one of the top 10 college wood bat summer leagues in the country. The league is based out of NC, SC and VA and contains current college players selected from all over the country. Dalton began his summer in the prestigious Cape Cod League, before his contract expired and he came back south to join the Marlins. Keep up the great work Dalton!