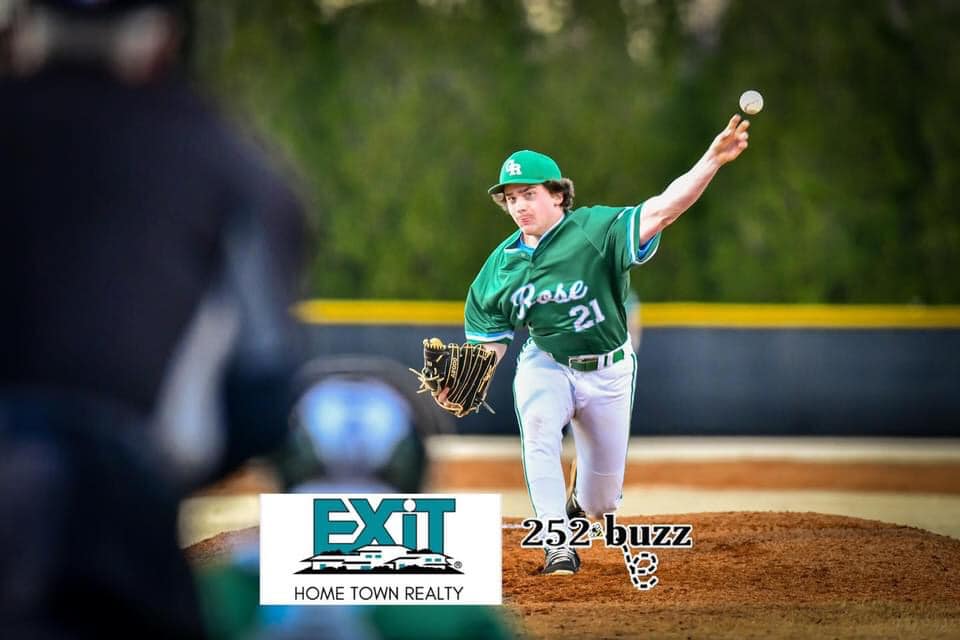 Posted at 08:48h in Uncategorized by Trent Britt
Share

What performances by two of our DUDES & what an early season ballgame! JH Rose senior TYLER BONDS & South Central senior TRACE BAKER put on excellent early-season pitching performances in a classic, that had the intensity of a playoff game….Continued…..Tyler threw a complete game shutout, allowing only 1 hit, struck out 8 & retired 13 consecutive batters to end the game, earning the 2-0 Rose win. Trace didn’t allow a run for 5 2/3 innings, also striking out 8, before Rose finally struck for two runs in the 6th. Sophomore Andrew Wallen delivered the big 2-out, 2-strike, 2-run hit (off of a reliever) in the 6th. To sum up the intensity of the early season matchup, all 3 of the Rose hits in that 6th inning came with 2 strike counts. RV said it well, “This is why we play high school sports, win or lose, this is what it’s all about.” But, “It’s too early in March to play games like this”. Haha. Well done men!